It’s Never Too Late to Change Your Life 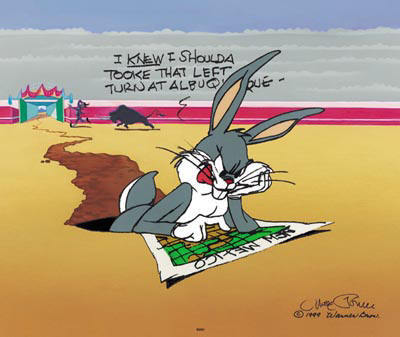 It’s not too late to change your life.

I believe that because I believe it’s not too late to change my life, and I’m working on that change. Every. Single. Day. So I believe this to be true for all of us: If you are healthy enough to undertake your chosen new path, then it’s not too late to change your life. There’s a caveat to this: Having never completed a marathon, I’m not embarking on one now; nor am I going to begin a career on stage or learn to sing. Some things are impossible but I believe anyone can change their life for the better, I believe that anyone can successfully turn their life—or some important part of their life—in a new and better direction.

Making That Wrong Turn in Albuquerque

While we’ve lived a wonderful life, there were are a couple of times when, as Bugs Bunny used to say, “I knew I should have taken that left turn at Albuquerque!”

At 60, I began to acknowledge those important times when I veered in the wrong direction—nothing horrible, amoral, or even visible to others—just times when I would have taken that left turn at Albuquerque had I known what I know now. Or, more truthfully, had I acknowledged those other wrong turns—some which occurred in my youth, others in my 50’s.

Did you notice, for Bugs, it’s always a “left turn at Albuquerque”? If we keep turning in the same wrong direction over and over again, we keep ending up where we started—even if we are thousands of miles from that physical location.

As far as I can tell, there is no back to our future in our future.

We can’t go back (as much as we loved Back to the Future) and it’s not helpful at all to wallow or beat ourselves up over past errors. But, if I believe it’s really never too late to make a significant change, then I have to act upon that belief. It’s either that or give up, and I refuse to give up.

Thanks to this blog and the honesty and personal contemplation Lynnelle and I have deemed necessary to write relevant posts, I am putting my time, energy, and commitment into making two major changes in my life: Health and Finances. I’ve had ups and downs, tried things that didn’t work, and fallen off the wagon. I’ve been discouraged, delusional, and deceitful. (Lying to yourself counts.) And I’ve made that same right turn in Albuquerque too many times.

Yet I refuse to give up. For inspiration, I’ve spent time looking up lists of folks who “achieved success” late in life. I’m not Fauja Singh (89), Laura Ingalls Wilder (65), or  Estelle Getty (63). Nor do I strive to be. I don’t have to make millions, win a major award, or run a marathon.

What do we have to do to change our lives?

I just have to do three things:

I achieved the Second Step this morning, and today I will start to make those left turns every time I come to a crossroad in Albuquerque. I’ve been here before. Insanity is the act of doing the same things over and over and expecting a different result. By that definition, I’ve acted insanely in the past. I have missed turned right in Albuquerque time and time again. That’s over.

To change your life. Throw something, like a rock.

EW and I once heard a speaker who talked about his life and how he changed. He told us that he went outside, picked up a rock, threw it as far as he could, and then divided his life into two parts, “Before the Rock Fell”, and “After the Rock Fell”.

This morning, I threw my rock.