Great-Aunt Writes Blog About Use of Grandmother Headlines 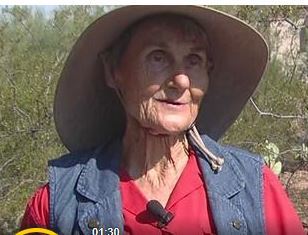 I started reading this article about Amelia Earhart and the first club for female pilots and stopped at the first paragraph when it was mentioned that men who flew were simply pilots, and women were “girl pilots”.

“IN 1929, TWO YEARS AFTER pilot licensing began in the United States, there were 9,098 men licensed to fly, and just 117 women. Women who flew were often characterized as “girl pilots,” while newspaper reports focused on the color of their hair, or how they balanced aviation with housekeeping.”

And here we are nearly a century later and what headlines are we seeing now?

In news articles older men are “men” and older women are “grandmothers”. Whether the grandmother climbed a mountain, broke a law, was pardoned by Trump, or won the flipping Nobel Prize – apparently, it’s more important that she’s a grandmother, at least that’s what the Grandmother Headlines suggest.

In a recent and quick search first of “Grandmother Headlines” and then of “Grandfather Headlines”, if you discard all the articles actually about someone’s grandparent, along the lines of Grandmother saves her Grandchild”, or “Justin Bieber Sings to his Grandmother”, there are zero headlines using “Grandfather” as an adjective for an older man.

For women we have the following:

Really?  This brings to mind so many questions.

Because isn’t this really what “grandmother” means? Isn’t it a way of stating how inconceivable it is that someone of such advanced age as this grandmother has achieved such notoriety?

I say we call out those who write the headlines and get rid of this unnecessary descriptive—unless, of course, the article is actually about being a grandmother—or like this NPR piece, Why grandmothers may hold the key to human evolution.  The word “grandmothers” definitely belongs there.

By the way, that headshot is of Anne Lorimore, the woman who climbed Kilimanjaro. She’s my new hero.

Not because she’s a grandmother; because she set an audacious goal and made it happen. Age doesn’t matter.

Author: Barb
Let’s Be In “It” Together – To Get Out of “It”
Working From Home and Stuck? Here’s a Fix: Take a Part-Time Job