The Pencil Test… or, Bras for Women over 60 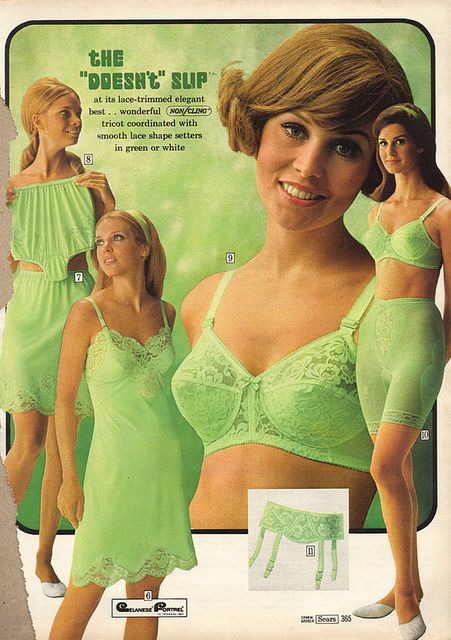 Do you remember the original “Dear Abby”? That’s where I learned of the “Pencil Test” pertaining to deciding whether or not to wear a bra. She said that if you could put a pencil under your braless boob and it stayed, you needed a bra. Recently, the best reference I could find online was in Urban Dictionary and had no mention of Dear Abby. I guess one sign of age is when your prior references are now just urban legends. Another sign is that it’s more difficult to find good, reasonably priced bras for women over 60.  (Or at least this woman.)

When I was a perky, just blooming 14-year-old, I enjoyed a carefree summer of halter tops. Since then, I’ve never been without a bra in public. By the time my college dorm mate and I conducted the pencil-under-boob test I had a perky C-cup. Even though the pencil fell to the floor immediately—I told her I was not comfortable going braless because, “They just move around too much.”

In addition, I had another complaint about my breasts: They did not seem to like each other. From the time I grew breasts, mine tended to gravitate away from center. I did not need “lift and separate”; I needed “lift and smoosh together”. I can remember being envious of the cleavage my pre-boob BFF achieved so easily. Her B-cups loved each other

Barb Researches Bras for Women over 60 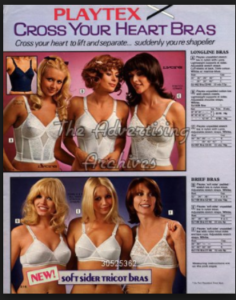 Fast forward 40 years, and this lack of friendship among “the girls” is even more pronounced. Not only do they hate each other, they have increased to a D-cup and each seems to have a love relationship with its corresponding armpit. This is not attractive. As for the pencil test, I have a pair of two-pencil boobs—I can hold two pencils under each boob! (I may actually be able to hold more, but was so horrified I stopped at two.)

You’d think someone whose boobs gravitate away from center while carrying multiple writing implements would be interested and adept at choosing a bra. I am not. Furthermore, the “lift and separate” bra appears to be a thing of the past (or suitable for those over 80). Now it’s “push up” and I’m kinda scared about how far I should push. Finally, bra choice is even more complicated by the fact that some (bless their cross your hearts) cost what I’m willing to pay and others cost more than I could imagine. Until this year, it never occurred to me to purchase a $60.00 bra; now that it’s occurred to me, I’m terrified of bra-buyers’ remorse. And thus the dilemma of finding bras for women over 60.

Instead of walking into a discount or outlet store, trying on a gross of bras, and taking home five or six that kind of fit, I need to get educated on bras. I’m not looking forward to it. And honestly, as much as I love her, Lynnelle is not the person to help with this. Those of you who’ve read the BFFs post know why. We do not share boob issues.

So, Women of the HaT Tribe—those of you who have never used a round Band-Aid instead of a bra under a knit dress and those of you who have the ample pencil-holding handfuls of breasts you acquired naturally—I ask you to provide me with your favorite bras and why. Also, if they come in under $40.00 each I’d be grateful.

I began my research with this article about helping “mature women” to find a bra. Imagine my surprise to discover that my style of breasts have a name; My “girls” are of the East/West variety. Who knew? Once I do the more extensive research and gather my courage, I will put on my least embarrassing bra and venture out to get fitted and purchase Barbara’s Best Bra for East/West Breasts. There will be a post. There will not be a video.

When starting this blogging adventure, I didn’t consider the fact that my boob secret would be published for all to see once – much less twice; twice in less than 1 month, no less. But since that cow (pardon the metaphor) has left the barn, let’s let it run free.

My boobs, whether God given or given by someone who just thought they were God, are far from perfect. They are not C cups (A½ – Yes, really.) My braless boobs could not hold a pencil or anything else without the aid of an adhesive. They are front and center and neither has a love affair with either armpit—or my waist, standing, sitting or lying flat on my back. I can run down the beach a la Bo Derek and not have one worry about blackening an eye nor creating a spectacle of anything bouncing or undulating in any direction—nothing above the waist, anyway. A view of me running away down the beach would surely make my backside look as if a litter of “puppies were fighting to escape”—but we’ll address the backside on another post.

Buying bras is typically no big deal for me. At all. My primary bra concern is not whether it lifts, separates, or smooshes together—but rather does it conceal the high-beams? My girls have TONS of personality. I can rarely go without a bra because that personality shows through. Shows REALLY well when it’s a bit nippy out (oops, I did it again). I wear a bra primarily to tone down the ‘personality’, so the bras I need must have a bit of density or padding. NOT a ton of padding because I don’t want to look bigger, just less perky.

Sometimes a Band-Aid is All Your Girls Need 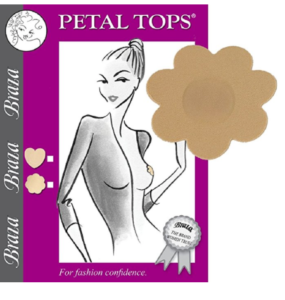 When I’m wearing a top made of a heavier material and in a darker color, I may not wear a bra. If it’s a top with a thin strap or racer back, I’ll opt for Breast Petals. Earlier, Barb mentioned the Band-Aid instead of a bra trick—that used to be me, before I found the Breast Petals. Band-Aids or scotch tape. But, Yow! Pulling the Band-Aids off hurt—and the scotch tape was even worse. I found the Breast Petals back in the late 90’s at Macy’s when I lived in NYC and was ecstatic! Today you can find the original single-use, flesh toned, adhesive breast petals all over as well as breast petals in colors, patterns, and shapes. Not only that, the breast accessory market has continued to grow. There are reusable, silicone breast petals; Fashion tape (to keep the gaping, plunging neck line in place); breast lift tape (self-explanatory); “invisible” push-up, reusable, self-adhesive bras (I’ll have to see that last one to believe it—if anyone has experience with that one comment here. I can’t believe they work for 1 or 2 pencil gals.); reveal bra (not quite sure about this one) and on and on. Who knew?

Whether your girls are a 1-, 2-, or like me, a 0-pencil pair, finding a bra may (or may not) be a chore. But it’s clear, the breast accessory market is booming well beyond the bras. And seriously, we will especially welcome your comments and ideas here. Especially Barb.  We need to find that woman a few good bras.

* FYI, The ﻿links in this post may be affiliate links, which means that if you click on one of them and actually buy something, Heals and Tevas will get a % commission. You can see our Disclosure and legal stuff for more details or let us know if you have any questions.

Author: The Divas
Curse of the Aging Eyebrows
Anti-Aging Products and Jason Masks