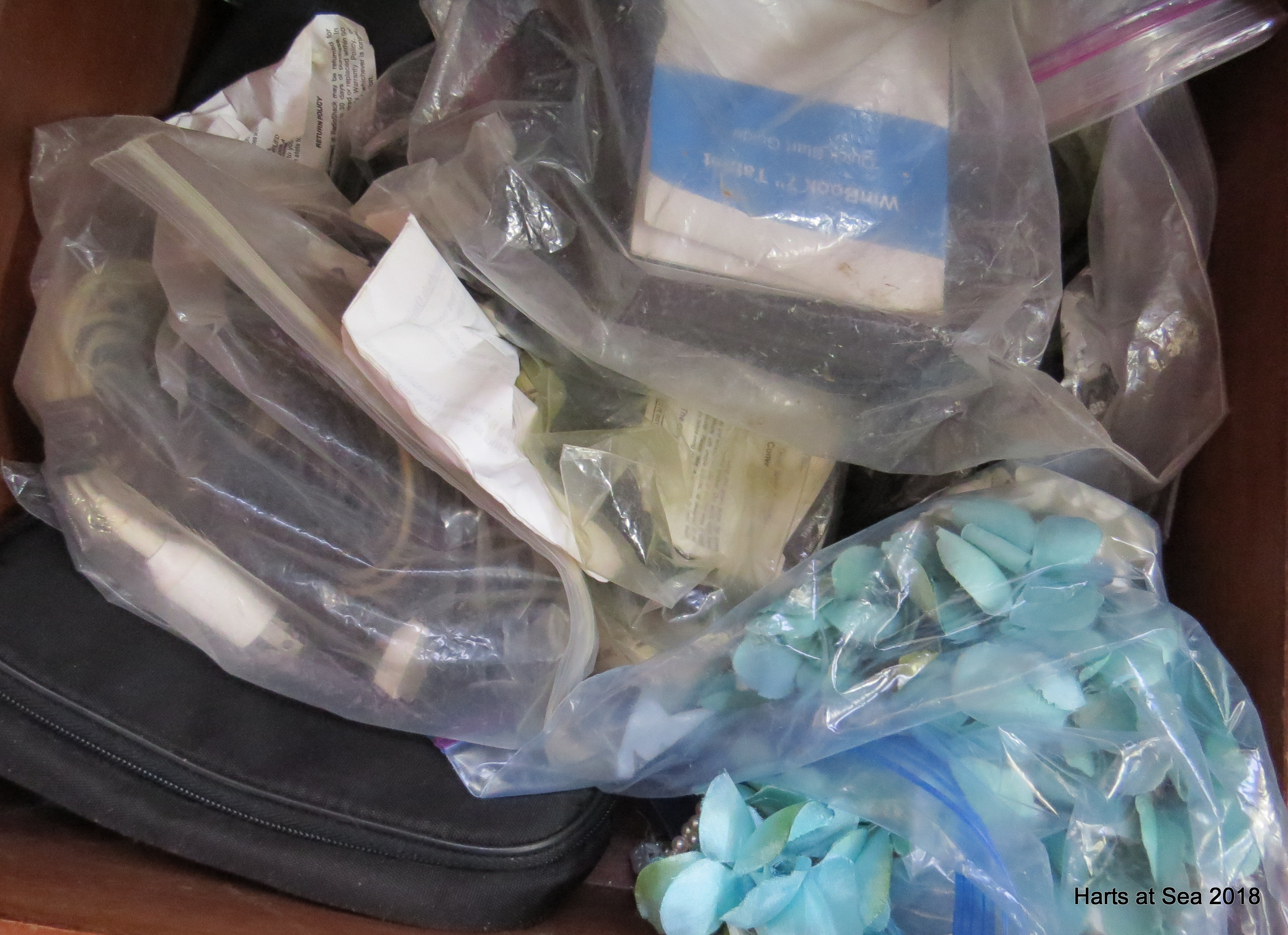 I live on a boat, why would I have to De-Clutter?

Back in 2002, we had a major de-clutter project when we sold our home and most of our stuff to move on the boat. I was so freaking smug. “Oh, getting rid of things was easy,” I said.

We had a storage locker for the 8 years we lived in Maine and while a locker was necessary for the seasonal clothing and equipment, it was at least half full of stuff I/we still had to give away/sell/donate/deep six. (Deep six is a term used at sea for tossing something overboard. It’s a figure of speech. Nothing was tossed into the sea.)

Back to lying. For a while I could say that we had done such a good job tossing things, we weren’t using all of the storage areas on the boat.

That is now a lie. In fact, right now the shower is also a storage area; this is not good, as we will need a shower when we leave here. I’ve given Lynnelle a raft of sass about all of her clothing and make-up (tune in for the make-up discussion) and other stuff. Now, I need to come clean.

Hello, my name is Barbara and I need to de-clutter.

I need to come clean because our Facebook Group the Heels and Tevas Tribe loved the idea of tossing one thing every day during Lent. First, take a specially marked bag, then add one or more items every day starting February 14 and ending March 29.  (Here’s where I got those dates: This year, Lent starts on February 14 which is also known as Ash Wednesday…The day of Lent changes every year in accordance with the lunar calendar, similar to Easter Sunday. Lent is a 40-day fast <or de-clutter> and will run up until March 29, which is known as Holy Thursday. Credit to TheSun.co.uk )

So one of us refused to start on Valentine’s Day. (I have no idea why.) The other of us forgot. (That would be me.) For the Divas, today is Day One of our 40 days of

de-cluttering, and we will conclude on March 30th. If you started yesterday, good for you! I, the Teva Diva, now have one badly marked white garbage bag ¼ full of stuff that is of no earthly good to anyone. As the 40 days progress, I will add a bag for items to be donated. EW will be watching me very closely and I will try to keep him from salvaging items from either bag.

So, on Day One of the De-Clutter for 40 Days Project

Today, I tackled a drawer of stuff. It’s a designated electronics drawer, then became the home for lost cords, and somehow other things were added. The “featured image” shows the drawer prior to  “Day One of the Diva’s 40-Day De-Clutter Project” replace and must keep for reference until we do so, two semi-random cords that look important (EW made me), our pack of (never used) power converters for worldwide use, a travel pill case (I’d been looking for that), and two zippered travel bags. Plus the blue silk flowers.

The tablet may go, but first I want to see why I hated it. We have an IPad, a PC laptop, and I was gifted with an older model Surface. OK, the tablet has to go. Later. When I do a giveaway/donate bag. I promise. 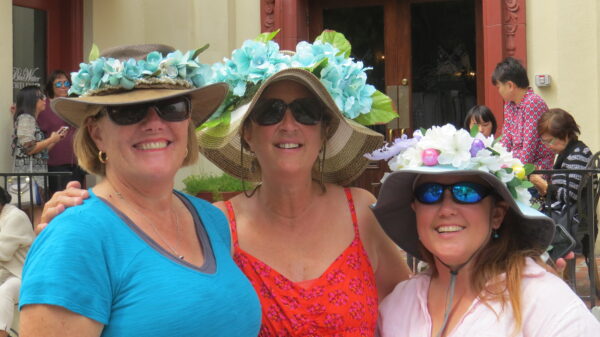 Oh, and those blue “silk” flowers? That’s my Easter Bonnet. Two years ago, one of my St. Augustine cruising women friends convinced two of us to create Easter Bonnets from our sailing hats. We rocked it and have plans to do it again this year. The flowers stay.

Author: Barb
Is It Hoarding If It’s Good Stuff?