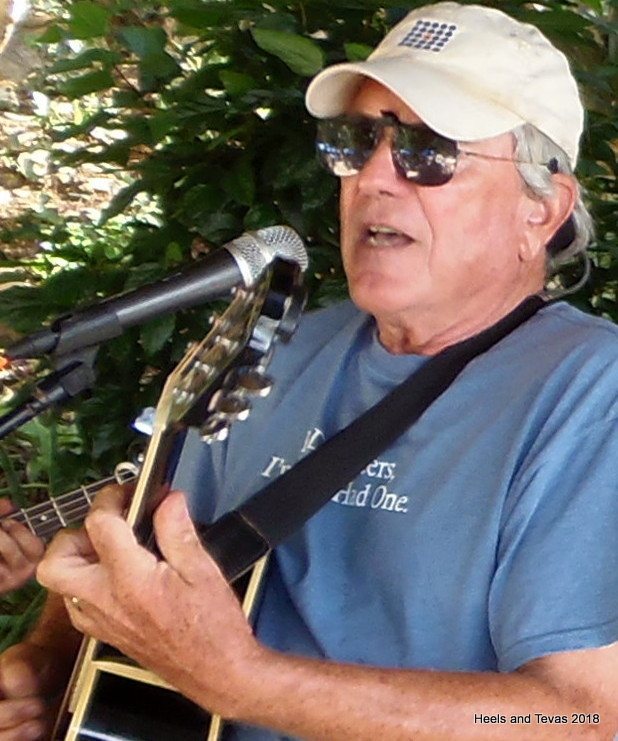 Are you really following your dream or just playing around? The Tevas Diva once again learns something important from her husband.

How Committed Are You to Following Your Dream? 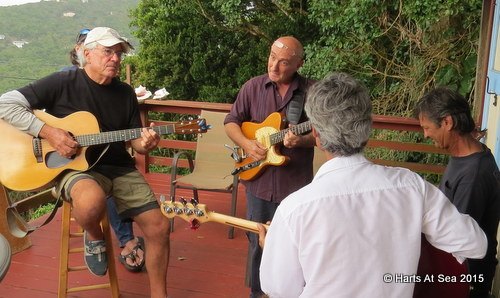 When EW and I set sail in 2010, heading down the US Coast to Florida, the Bahamas, the Eastern Caribbean and beyond, he said, “My dream isn’t just to go sailing. It’s to go sailing and meet people to play music with.”  The thing was, he had never played music with anyone before this. He had (still does) a nice Martin guitar and he took some lessons and played around with it, but he’d never done much else. I have to admit that I was skeptical.

EW was everything but. He was optimistic, determined, and willing to be wrong out loud in front of an audience, and committed to following his dream.

Making Music in the Caribbean

EW didn’t get much going until we reached Grenada in 2011, where many boats anchor for hurricane season and where many crew members or captains play music or sing. There were a plethora of guitarists, one or two who played saxophone, folks who played banjo, mandolin, ukelele, percussion, harmonica, and more. There were others who had lovely singing voices, and still others who simply loved to sing. (One is not a requirement for the other.) EW met a fellow cruiser, Peter Bonta, who became a dear friend and a mentor. Peter was a retired professional musician and he loves to teach someone who truly wants to learn. EW spent hours on Peter’s boat and more hours practicing aboard out boat. They both participated in the frequent music jams.

When we all sailed up to St. Thomas, the music continued and Peter got EW to step up to the mike for Open Mike Night at Tickles Pub. Later, we had Sunday music sessions in the Tree Tops with professional and amateur musicians gathered for potluck Sunday meal and hours of music.

Following Your Dream May Require You to Ignore “Facts”

EW made music with others all throughout the Eastern and Western Caribbean—aboard various vessels, on the beach, on the docks, and (amazingly) as part of a guitar/bass duo in a dockside pub in Panama.  Frankly, I love hearing him play and I love hearing him sing—but I have no illusions that he’s going to make any money at it. He plays here with professional and amateur musicians at jams and open mikes. He loves it. He learns new music, joined a contest, and works at it. All the while imagining himself playing for money.

Frankly, I thought he was delusional. (And that doesn’t make me a bad person. I am realistic about his talent. He plays guitar much better than he sings, but there are some songs which he can sing very well.) He just keeps at it. Keeps pushing himself. Takes advice from every great musician he meets and uses it. He keeps at it. It’s his dream and he is following his dream. 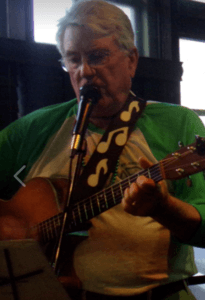 St. Patty’s Day is HUGE in St. Augustine. It’s more like St. Patty’s Week. Since it was on a Saturday this year, it was even bigger. Every Irish establishment downtown opened from 9 AM to 2 AM (no kidding) with music most of the day. So this one Irish place 8 miles south of town evidently didn’t book their talent early enough. They had a great local troubadour starting at 9:00 but no one scheduled before. One of EW’s music friends plays mostly a Celtic repertoire and was engaged to play from 4 to 9. He is not a professional musician and didn’t want to sing for 5 hours alone. Frankly, he called a bunch of people before he called EW, who generally plays no Irish songs. EW was the only one available so they worked out some songs.

Yes, I went and sat through the whole thing. We support following your dreams. Yes, they totally mangled a couple of songs. Yes, they were a bit rough and (in my humble opinion) played some songs much too slowly. No, they didn’t learn “Danny Boy”.  Still, they played for 5 hours, each taking a solo 20 minutes while the other rested. EW’s solo stuff was not Irish and he rocked it.

The musicians were so wound up that we ended up at our favorite local bar until 1:00. Following your dreams is stimulating.

So, Here’s the Thing: Following Your Dream is Terrifying

“I’m just going to have fun and do my best. If they don’t like it, tough.”

There you go. No excuses. Go for it. If they don’t like it, tough.

I am a professional writer, earning all we need to continue fulfilling all of our dreams.

What’s your dream? Just claim it, go for it, and work for it. (As Lynnelle is with the Divas trip to Paris in October.)

Author: Barb
Ageism and Self-prejudice
It’s Never Too Late to Change Your Life