Realities of a Dream Vacation 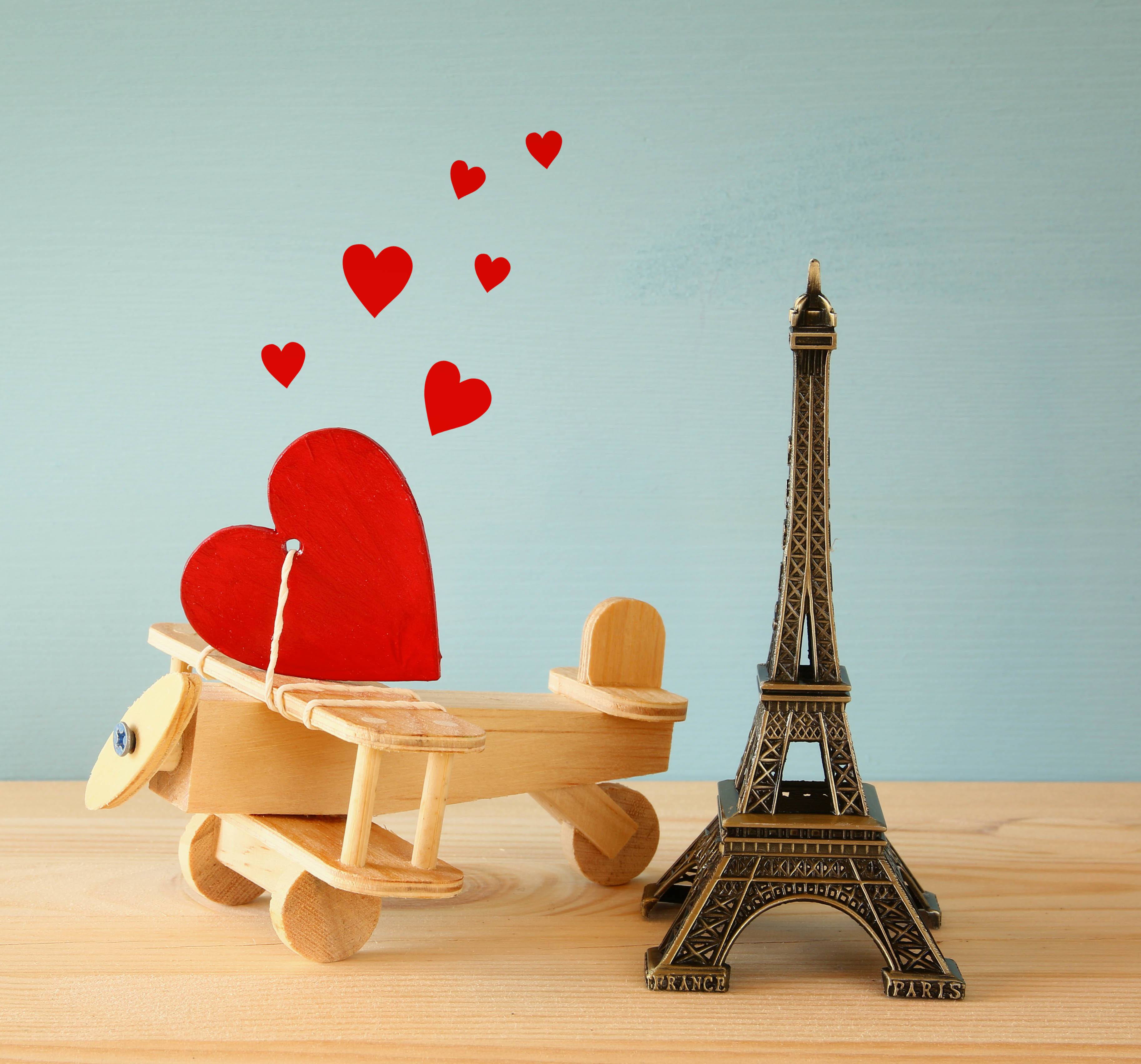 Planning a dream vacation is so much fun! Looking at all the hotels, the tours, the restaurants, the museums; deciding what to do when; it’s a virtual trip just doing the research!  As much fun and important as it is planning your itinerary, it’s equally as important to be aware of realities you may find on your dream vacation.

A lucky few of us ladies are making a trip to Paris in a couple of months. I’ve been sharing various tidbits of information ahead of our trip, mostly about our itinerary. This week’s email is, however, about some of the important realities one should be aware of when planning a Paris dream vacation.

Let’s Be Careful Out There

Paris is like no other place in the world. There’s no place that’s been written about more, loved more, or visited more than Paris.  Of all the artists, sculptors, writers, inventors, and dreamers who’ve been inspired by her, no one can possibly love Paris more than I do.

Now, with that being said, Paris is a big, modern city. Central Paris is home to over 2.2 million people; Paris and the surrounding suburbs, over 10.5 million. And, just like any other big, modern city Paris has all the typical big city problems we’re familiar with. Even though Paris is statistically one of the safest major metropolitan areas in Europe, there are challenges, to be sure. Pickpocket and scam artists are the most common criminals that target tourists here. Most of the time we’ll be traveling as a group, together. But still, always be aware of your surroundings, especially in crowded areas such as museums, trains, metro stations, and the popular tourist areas.  Crossbody purses and carrying no more than $100 in cash with you are two good practices. 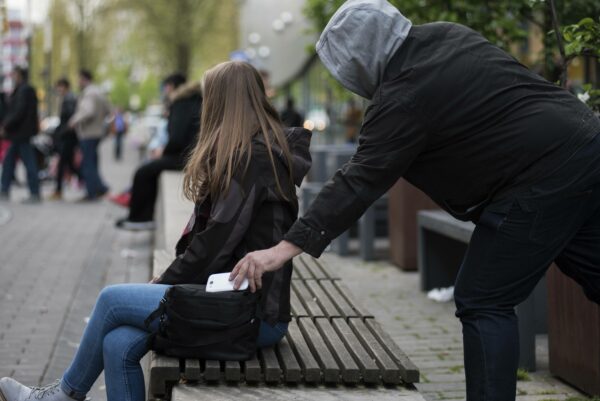 Scammers also target tourists and ATMs, metro / train ticket machines are particularly vulnerable spots. Don’t allow anyone to hang close when you’re using either. Don’t accept “help” from anyone or otherwise interrupt you when you’re completing a transaction. Ask the “helper” to back off, and if they refuse, find another place to get cash or a ticket.

Another annoyance you’ll find are aggressive sellers around popular tourist attractions like the Sacre Coeur, the Louvre and the Eiffel Tower. Most are operating illegally and can be overly aggressive trying to “persuade” you to buy their souvenir. They may try to put something in your hand or invite you to “try” something, like a bracelet or hat, on. If you take the item or try it on they’ll then start demanding money and not accept the thing back. Just avoid these people and don’t accept anything from them.

No one intends to get sick or have an accident while traveling but it’s important to understand what your insurance will cover and what it won’t if needed. The level of medical coverage available for international travel can vary widely, depending on your plan and provider. I’m not sure about Medicare, either.

Contact your insurance company before the trip and ask about the specific medical services that are included in your coverage should something happen in Paris. Ask about exclusions, also, just to be safe. Lastly, not to dwell on something that is unlikely to be needed, in addition to the medical expenses, trip interruption coverage and transportation back to the U.S. are both something to ask about while you’re at it.

If you do want to consider travel insurance, you can buy additional coverage up until 24 hours prior to your departure date but, be sure to research the various policies and companies ahead of time. Like any other insurance purchases, be Websites like SquareMouth.com and InsureMyTrip.com are good places to start.

Ok, so here’s the elephant in the room. I’ve never considered nor even thought about registering with the U.S. Embassy. Ever. However, these are different times. We’re not going to dwell on it, but as I said earlier, embrace the good; and be aware.

Yes, it is safe to visit Paris. But, sadly, Paris (like many other cities around the world) remains a target for terrorism. In the highly unlikely chance anything were to happen during our trip, terrorism or even a simple accident, being registered with the Embassy will make it easier to get help. Even if it’s as simple as a lost or stolen passport, it will be much easier to fix.  I am registered.

Credit cards with chips, authorized with a PIN, have been used in France for years. In the U.S., we’re starting to use chip cards, but our signature is still what “verifies” our identity. (whaaaat?) Some card readers in France will recognize the U.S. chip-and-signature card and automatically generate a receipt to sign. Some self-service machines, (ie: Metro) will also accept U.S. cards, but many don’t.

Chances are, most card readers in France will automatically ask for your PIN. If it does, and if you don’t have one, then the transaction has to be voided and re-entered manually. Let’s do as the locals do.  Let’s use a PIN. Ladies, contact your bank well before departure date and request your card’s PIN. If they tell you the PIN is just for cash withdrawals, tell them you understand and need the PIN anyway.  You’ll feel oh, so, Parisian when you can pay right at the café table like all the other locals.  In Paris, the waiter brings the card machine to the table where he inserts your card, hands the machine to you to enter your PIN. They rarely take the card away from the table this way – another layer of security.

Armed with your chip card and PIN, the only time there’ll be any problem is when the reader is offline, which will rarely happen in Paris. (unattended gas stations, toll booths, etc. are likely the offline challenges)

American Express and Discover cards aren’t accepted as widely as they are here. Visa & MC are universal, however if the tab is small (less than €15-20), many shops won’t let you use a card.

Almost no one uses travelers checks, so few places accept them anymore. However, if you want to save ATM fees, bring Travelers checks and plan on cashing them at local banks.

My go-to for cash is an ATM. It’s probably a good idea to get about €100 from your bank to have with you when you land, just in case an ATM isn’t near your gate or (as I’ve experienced) is inoperable. You can use the credit card for a cash advance (because you now have your PIN) or use your debit card. 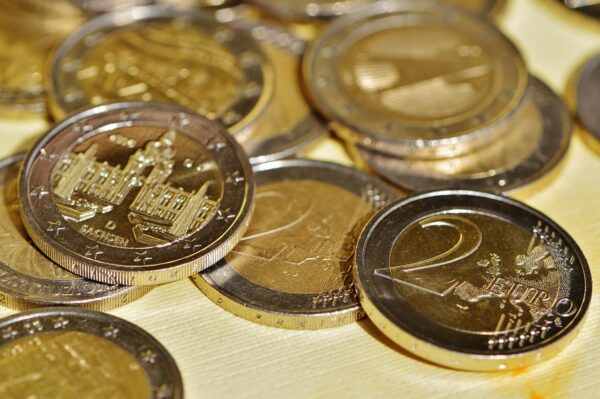 This can be a confusing issue for us Americans. It’s different in France than in the U.S. for some services and not, for others. The biggest difference is in the restaurants. While in U.S. the waitstaff and bartenders are paid minimum wage, or less, and their earnings are primarily generated from the tips for service, it’s not the same in France. There the restaurant servers are paid well. Waiters and bartenders are paid and provided benefits as any other professional. Because of this, the menu prices have those costs already included. No tip, as we know it in the U.S., is required. Still, it is customary to leave a little “something”. Casual cafés and bistros, maybe €1–3. For larger parties and especially at nicer restaurants you should leave about 5% of the total. Bartenders, a small €1 tip will do. If you’re ordering for several people, then add a few more €.

Taxi drivers, tour guides, or other “contract or self-employed” types, a tip of 10% of the price is normal.

Like in the U.S., weather in October can be almost anything. However, you should plan on Paris being cool and wet.  Expect high temps about 55-60F and lows of 45-50F. It’s rainy in October so be prepared with appropriate shoes and coats. Umbrellas are used in heavy downpours, but all 6 of us using an umbrella will make navigating through the medieval neighborhoods a challenge. I’m bringing a Columbia hooded rain jacket, unlined.

Surprisingly, Paris is much further north than you’d think. Paris’s latitude is north of Quebec City about 200 miles. The weather isn’t nearly as dramatic in the winter as Quebec City, but the hours of daylight do reduce as summer turns to fall, to winter. On the good side, Paris stays on daylight savings time until 28 October, so it won’t be getting dark before 6pm while we’re there. When setting your watch or scheduling your calendar, Paris time zone is (GMT+2).  In Dallas, daylight savings time noon is Paris daylight savings time 7:00pm.  Many places in Paris use the 24-hour clock, so 12:00 in Dallas is 19:00 in Paris.

We’ll talk more about what and how to pack later.

That’s most of the info I want to share on the realities of a Paris dream vacation. Basically it’s simple…  – Be smart. And, like anything we love – embrace the good; be aware of, but not paralyzed by the bad, and ENJOY!