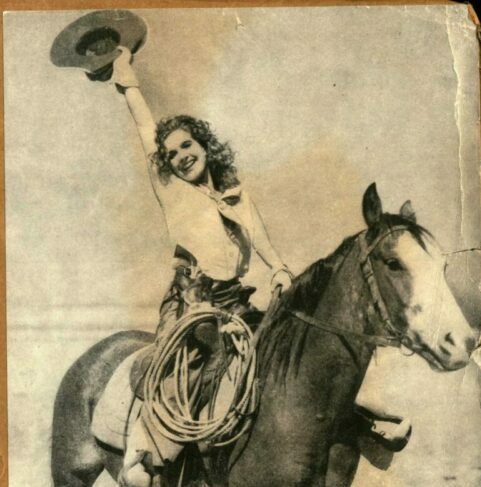 –Or, how I cowgirled up and disagreed with the IRS.

It can pay to disagree with the IRS

I admit it. I hate number details. Yes, I spent a few decades in the financial services industry. Yes, my last role was consulting with Treasurers and CFOs at global corporations about managing their foreign cash balances. Yes, my very first job was as a statistical typist… But, I hate numbers and I confess… I don’t balance my checkbook – even when I actually wrote checks, I didn’t balance my checkbook.

Other than my checking account (do we even call it a checking account anymore??) my “investments” are comprised of a 401(k), a small IRA, a Schwab account with the recommended 3-6 months living expenses in cash and S&P 500 Index Fund.

My Mom died in October 2018. By the end of the year, we’d finalized most of the legal things that needed finalizing – accounts closed, names changed, etc. etc. In her will, she left any money remaining in her investment account to my sister, 3 half-brothers, and me. The investment account was at Schwab and consisted of mainly mutual funds, but she had a couple of stock holdings too. I’m an S&P Index Fund girl. No thinking, no studying, and very low fees. Besides, Warren Buffet says this is what we normal folks should invest in. I love Warren Buffet. I trust Warren Buffet. (If you’re at all interested, I enjoyed the book The Snowball: Warren Buffet and the Business of Life very much.)

When my share of Mom’s account was transferred to my account, I sold the funds and the stock – PIMCO High Yield, Franklin whatever, and Weyerhaeuser stock… (WEYERHAEUSER? WTF?) and purchased units in the Schwab S&P Index Fund. Well, I invested some of it in the Index Fund. I also supplemented my little apartment in France dream with some of it. 🙂

In April 2019, I filed my taxes; – ON TIME for the first time in… I can’t even remember when the last time I filed without an extension. I felt so mature! I’d withdrawn some of my 401(k) in 2018, so I reported that. I received a few dividend checks, so I reported that. All was good. All except having to write a check to the IRS. But, it was done and paid so I was pleased with myself.

Looking at the CP2000 Notice, they show I under-reported my income and the taxes and penalty due to the IRS was $4,807. OMG

I picked myself up off the floor, put the letter on my desk, cussed because I had committed to dry-January, grabbed the tortilla chips and turned on Hallmark.

Today, I picked the letter back up. I knew the total of what Mom left us was well under the limit at which inheritance taxes are due. The IRS statement showed the full amount of the investments I had sold from Mom’s account should have been reported as income. Ok. I knew (or thought I knew) that was wrong, so I called Schwab’s customer support.

Bless that poor Schwab person’s heart. He dealt with me kindly and patiently as I tried to explain the situation, which must have been as clear as a third-grader trying to explain Schrödinger’s Cat paradox. But he finally understood and pointed me in the right direction. After an hour or so reviewing statements, back-tracking through the return and comparing numbers, I realized what had happened.

I had made a mistake and not reported the sale of Mom’s investments on my return. Schwab didn’t send me any 1099 or report for the sale, but they did for the tiny bit of interest earned. I knew we were way under the limit for having to pay tax the inheritance, so I didn’t even think about including anything on those investments. Well, I should have.

It Pays to Disagree With the IRS

While I didn’t have to pay taxes on the inheritance, I did have to pay taxes on the “gain/loss” on those investments once I sold them. As it turns out, my Mom’s investments weren’t big winners which, for me, was a good thing. Instead of showing the entire value of the investments I sold as a gain, I only had to show $1,232 as a gain. The penalty and additional tax on $1,232 (per my educated estimate) are about $160, not $4,807.

You may be reading this and thinking “What a goof she is! She should have known brokerage companies don’t usually send the cost basis amounts to the IRS, only what the investments were sold for. I can’t believe she didn’t look at the year-end consolidated statement!”

I hear ya, gal.  I’m not feeling too smart, but I am feeling pretty damn grown-up and happy. Into an envelope, along with the CP2000 form indicating “I disagree with the IRS”, went a letter explaining my error and my check for $160. After a quick trip to the post office, I suddenly feel like I’m $4,647 richer! Or, like I just dodged a bullet. Either way, it makes me feel quite mature and less poor.

Now, what can I do with all this newfound money!?